In his second book, “Parkinson’s Empowerment Training” author Karl Sterling goes deep into exploring many areas that will help a person with PD to empower recovery, improve the quality of movement, cognition, memory, and life itself.
You will encounter suggestions in my interview with Karl that will provide techniques and methods that offer the opportunity to reverse Parkinson’s symptoms.

He addressed ways to empower recovery including:

I just saw the list of topics for Dr. Hyman’s eight part series he has titled the “Broken Brain” that focuses on how to heal brain degeneration. Â We all can view the eight episodes for free next week. I will be watching each of the videos since they all in one way or another apply to symptoms associated with a diagnosis of Parkinson’s disease. As you can see below, the list of topics certainly applies to Parkinson’s.

One of the fascinating aspects of this series is that the experts in the area will be stressing that the problem with brain degeneration does not reside in the brain. Really you say? But that is where my problem seems to originate. And I would say, yes, really! Find out more about the many sources of brain fog, memory loss and dementia from the experts featured in this remarkable new series.

Click the link below to watch a short video about the new video series and register to watch for free next week.

Watch along with me! Spread the word. There are ways to heal a “broken brain” that your friends and family need to know about.

Dr. Jennifer Kessman MD discusses how to heal from disease. 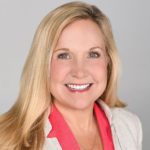 Functional Medicine has been around for a number of years and began with Dr. Jeffery Bland’s motivation to look atÂ medicine in a different way. Now the field of Functional
Medicine is ever expanding and a center at the Cleveland Clinic has opened its doors for care. It is becoming more widelyÂ accepted and parts of functional medicine have been integratedÂ into a wide variety of disciplines in medicine.

Here is a list of questions she answered during my interview with her:

1. What is Functional Medicine?
2. How did you come to get involved?
3. What are the root causes of disease?
4. So, if inflammation is the basis of disease how does functional medicine help with inflammation?
5. Tell me about your experience with Environmental Medicine?
6. Dr. Dale Bredesen and others have found ways to reverse early brain dysfunction and reverse dementia. How are they doing this?
7. Do you think this can apply to Parkinson’s?
8. The immune system is a big actor in most diseases we know- how can we calm our immune system?
9. What has been your experience with environmental impact of electromagnetic fields and brain dysfunction?
10. What is the influence of stress on disease?

How Trauma Affects the Brain and Healing Through Neuroplasticity

My guest on Parkinsons Recovery Radio tomorrow is Annie Hopper who developedÂ  The Dynamic Neural Retraining SystemÂ™Â as a therapeutic approach to improving brain function.Â Thousands of people have applied her novelÂ program for varying chronic illnesses with great success. Focus of the program is to teach participants how to
self-directÂ neuroplastic changes in the limbic system that normalize threatÂ mechanisms in the brain.Â This allows the brain and body to move out ofÂ a state of survival and
into a state of growth and repair, whereÂ healing can take place.

What is the Limbic System?

The following is an eloquent explanation Annie emailed to me in preparation for the radio show interview tomorrow.

“The limbic system is a complex set of structures in the mid brain thatÂ Â includesÂ the hypothalamus, hippocampus, amygdala and cingulate cortex.Â Â It has been described as the Â“feeling and reacting brainÂ”. It isÂ Â responsible for the formation of memories and is constantlyÂ Â determining our level of safety. The Limbic System assigns emotional
significance to everything we smell, see, hear, feel, and taste. It isÂ Â known as the seat of social and emotional intelligence and is theÂ Â brainÂ’s anxiety Â“switchÂ”. It is closely integrated with the immuneÂ Â system, the endocrine system and the autonomic nervous system.

When not functioning properly due to injury or impairment, the limbicÂ Â system becomes hypersensitive and begins to react to stimuli that itÂ Â would usually disregard as not representing a danger to the body. ThisÂ Â results in inappropriate activation of the immune, endocrine andÂ Â autonomic nervous systems that can lead to varied and seeminglyÂ unconnected symptoms.

This hypersensitivity of the limbic system causes over-firing ofÂ Â protective and threat mechanisms in the midbrain. This can result inÂ Â distorted unconscious reactions, sensory perceptions and protective responses.

Similar to post-traumatic stress disorder (PTSD), it seems that limbicÂ Â system hypersensitivity, or dysfunction, involves impairment toÂ Â structures within the limbic system of the brain that alterÂ Â connectivity to the pre-frontal cortex. We hypothesize that theÂ Â hyperactivity in the limbic system fosters inhibition of theÂ Â inhibitory networks, which allows the over-stimulation of survivalÂ Â mechanisms. This gives rise to an unconscious and persistent fight orÂ Â flight response associated with limbic system impairment. Over time,
it is possible this state of hyper arousal can weaken the immuneÂ Â system, and affect systems associated with rest, digestion, detoxification, mood stability as well as motor and cognitive function.

The Dynamic Neural Retraining SystemÂ™ was developed in 2008 by AnnieÂ Â Hopper as a therapeutic approach to improving these conditions usingÂ Â neuroplasticity principles. Thousands of people have applied theÂ Â program for varying chronic illnesses and have had great success. TheÂ focus of the program is to effectively teach participants how to
self-directÂ neuroplastic changes in the limbic system that normalize threatÂ mechanisms in the brain.Â Â  This allows the brain and body to move out ofÂ a state of survival and
into a state of growth and repair, whereÂ healing can take place.”

I have no hesitation to recommend this program because it has a mountain of carefully crafted science behind it and there is a 90 day money back guarantee. If the program does not help – you get 100% of your money back. Regular price is $395. When you use the coupon on the shopping cart, the price is only $199.

Click on the link below to order. Again enter the code OCT199 on the shopping cart to claim your 50% discount. This program is well worth the price without the discount. With the discount, it is the bargain of the year.

Today is a good day to take action if you want to give your brain the nourishment it needs to remain healthy. People who are recovering take action. People who are feeling worse every week sit around and think about what they can do to feel better.

There are other programs listed on the link above. The 50% discount applies to the program titled “Brain Fitness Program” and to the Total Fitness Program which includes all of their brain exercises.

I just learned about the offer today. They come up quickly and they vanish quickly.

This is Linda Ralph writing to you. I have written to you a few times now. You may remember me, I am from Victoria and went on the Alaska Cruise. I have something I would like to share with you.

I amÂ  half way through aÂ  newly purchased book, “The Ultra Mind Solution by the author: Mark Hyman, MD. I have had one of Mark’s earlier books , “The Ultra Simple Diet” for years now , and was truly very excited to find two new booksÂ  published by him recently,Â  especiallyÂ  the one having to do with the brain,Â  and healing and fixing the brain, entitled: “The UltraMind Solution“. On the cover of this book it says:

“Fix Your Broken Brain By Healing Your Body First”.

And, I really do believe that to beÂ  true. For me, this book reiterates much of what I have learned through your website, Robert. Be it through your blog, your published worksÂ  or through informationÂ  that I have heard from radio show guests, or through the personal stories written or told, of many folks who are having successes in copingÂ  with PD.

In addition to that, this book is also jam packed with practical informationÂ  to help one heal and to enhance the brain.Â  It hasÂ  realms of information , that although pretty detailed at times, doesÂ  provide the reader with learning that I feel is relevant and vital. And there are also a personal case studies as well, that seem, ‘bring itÂ  all home’, so to speak, as well as referencing to PD.

‘treating the body as a whole and not as separate entities’.

Now this is not a new idea. But it merits repetition. He too, states, that

‘your brain may be broken, butÂ  it can be fixed’.

This idea certainly rings true ofÂ  the last few years findings andÂ  new discoveries about the brain. ManyÂ  books and articles have illuded to the fact that you can rewire your brain, you can change it, and maybe you can even fix it.Â  Outlined in this book is a detailed (but not overly complicated ) way as to what one does to go aboutÂ  ‘fixing the brain”, andÂ  the methods to follow to have success.

Hyman says that by ‘pinpointing the biological problem one canÂ  then fix it, byÂ  letting the body’sÂ  natural healing intelligence takeÂ  over to repair your brain’. He then goes on provide a program, a simpleÂ  way to do this through his : Seven Keys to UltraÂ  Wellness. This is a very well written and helpfulÂ  book.Â  (Another recent book of his, with overÂ  200 recipes, “The Ultra Metabolism Cookbook“, is also an excellent resource.)

If you haven’t heard of him, ( and you probably have) I do believe that you would find thisÂ  bookÂ  of his, to be another delightful addition and resource for your readers. It is a good read.

ThereÂ  may be some merit in your readers knowing about this book and its author. Maybe this author could be a guest on your show??