Michael Day recounts his remarkable experience of Parkinson’s in the email below which he has given me permission to post. There is not doubt about it. The experiences of Parkinson’s is unique for each person as can be honored by the variety of presentations at the Parkinsons Recovery Summit in Santa Fe, New Mexico in February.

Experience of Parkinson’s : A Magnificent Adventure

Robert…partly thanks to you…I have not experienced any shame the entire time I’ve had Parkinson’s. And my diagnosis day? For me, it was more of an initiation into a magnificent adventure than a day of heartbreak and devastating news.In fact, I would say that my overall experience of Parkinson’s symptoms has been the complete opposite of shame. It has been a profound gift. But this doesn’t mean it’s been easy!

However… even though the phenomenon of Parkinson’s is absolutely the most challenging thing that Life has ever invited me to face…every single day I feel so grateful to have been given such powerful support to accelerate my evolution. For me, shame has always been more a verb than a noun and when experienced from this perspective, shame becomes a choice. So, instead of shaming myself for having attracted a neurological imbalance, I choose to embrace these symptoms with love and compassion and let the shaking and the limitations lead me deeper and deeper into the discovery of who I really am.

Impact that Parkinson’s has had on My Life

Until 2006, I practiced for 30 years as a spiritually oriented psychotherapist with a 25 year professional background in natural medicine consulting that included many years of study in energetic healing and psychoneuroimmunology. At one time, I also ran an oriental medicine clinic for 3 years. My original training as a therapist had its foundations in Primal Therapy (Janov, Rubin), Bioenergetics (Lowen), and The Option Method (DeMarsico, Kaufman, Johnstone, Evans), with internship positions that included assisting with the process of conscious dying, managing a suicide hotline, and counseling runaway kids on the streets of San Francisco. Thankfully, my work as a counselor was transformed early on in my career as a result of receiving countless of hours of intimate guidance from remarkable beings from India and Tibet, western mystics, and elders of indigenous communities.

In the mid eighties, an incident very close to a near death experience, caused me to see that to offer myself as a therapist was really a sacred privilege. This made it “impossible” for me to continue looking at counseling as a business, and in my attempt to live in integrity with this experience, all my work with people has been on donation ever since. Due to the fact that there are periods of time when donations do not cover expenses, my wife Dovida and I entered the world of home based self employment. After struggling on many levels with network marketing and various business opportunities, we started an independent long distance phone service agency in 1996, which enabled us to sell national and international long distance service for the next 10 years. Since 2007, we have been exploring online marketing and blogging but as of 2012, we have yet to experience any significant monetary success from our efforts.

Back in 1992, I started and facilitated for the next 14 years, a residential inner work community dedicated to world peace through ending the war within. This community was partly modeled on Gandhi’s phrase: “Become the world you want to see”. Also in 1992, I received one of the only two honorary PhDs ever offered by one of the oldest colleges of natural healing in the U.S. and shortly thereafter, I was ordained as a nondenominational minister.

In 2006, partly as a result of my background in trauma counseling, I was invited to come and do service in a community in Venezuela. However, in 2010, I was diagnosed with Parkinson’s which caused me to realize that the challenges Life was offering me through the kind of counseling work I had been doing were more than I could effectively embrace right now. So, while my focus is primarily on personal healing at this time, I continue to participate whenever I can in what is known in South America as the Bolivarian Revolution: a remarkable movement that has transformed the quality of life of over 15 million Venezuelans who had previously only known the multi-generational hell of abject poverty.

Parkinson’s and the attempt to recover from it can be a wild and fierce gift of grace. Fully embracing the experience of these particular symptoms, can bring a raw, visceral, physicality to the process of awakening to who we really are which is actually a profound gift if we also desire full integration of body, mind, and spirit. This process has shown me that to truly evolve beyond the need for these particular symptoms, or the need for any illness or physical imperfection, requires no less than an absolute reconsideration…in fact a total “reinvention” and “re-imagining” of all that we have previously known ourselves to be.

I have exclusively used Apple computers since 1989, and I feel utterly certain that if it were not for the genius of Steve Jobs, pen and paper would still be the primary tools of my creative expression. Besides relentlessly exploring Life through my beloved portal to infinity (my iMac), my core interests are meditation, natural medicine, Qi gong, yoga, conscious diet, uncovering the connections between personal healing/awakening and the transformation of global issues, all forms of music, independent film, and the process of hopefully becoming a better and better writer. 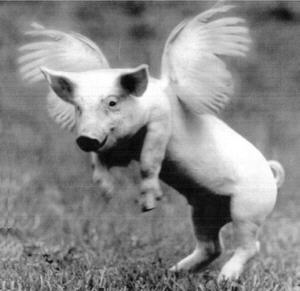